Viktor Frankl and the Book of Job

Viktor Frankl and the Book of Job is now available from Pickwick Publications.

“A bold and ambitious reading that respects the text of Job as much as it does the texts of Frankl, the book uses Frankl to construct a new hermeneutic of reading.”
— C. Fred Alford, Professor Emeritus, University of Maryland, College Park, and author of “After the Holocaust: The Book of Job, Primo Levi, and the Path to Affliction.”

“It is destined to become a classic both due to its original line of thought and the rarely found blend of sensitivity and knowledge so impressively present throughout its chapters.”
— Prof. Dr. Alexander Batthyány, Endowed Viktor Frankl Chair for Philosophy and Psychology, Liechtenstein. 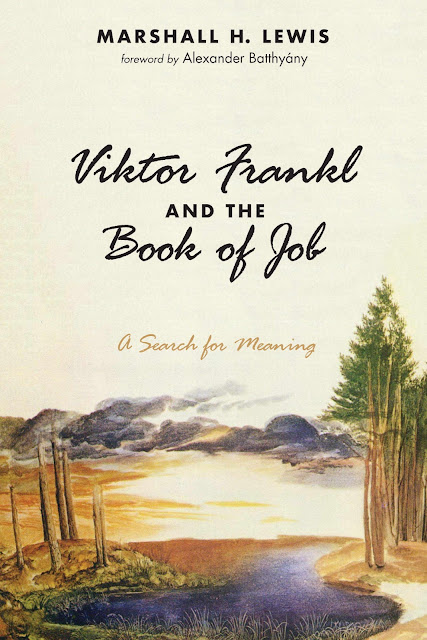 Logotherapy and Existential Analysis: A Glossary of English Terms

Forty years ago, Joseph Fabry published the first English logotherapy glossary in a journal prior to the creation of The International Forum for Logotherapy. [Glossary of terms used in logotherapy (1977). Viktor Frankl: Festival of Meaning, Uniquest 7, pp. 8-11.]

This new glossary continues that tradition.

According to the United States Centers for Disease Control and Prevention (CDC), an average of 105 people died each day by suicide in the United States in 2010, a total of 38,364.  Over 487,700 people with self-inflicted injuries were treated in United States emergency departments in 2011.  It is believed that these numbers underestimate the problem.  Many people who have suicidal thoughts or make suicide attempts never seek services.

As the most lethal psychiatric problem faced by today’s mental health professionals, it is incumbent upon each practitioner to maintain a thorough and current working knowledge of professional best practices regarding suicide assessment and prevention, as well as a thorough understanding of the ethical and legal implications of assessment and treatment services in the jurisdictions in which they work.

Resources publically available include the following:

Practitioners of logotherapy and existential analysis, the comprehensive psychological theory and therapy of Viktor Frankl, often have a special interest in this topic.  Perhaps this is so because Frankl himself often treated suicidal patients.  Between 1928 and 1930, Frankl organized a special program to counsel high school students free of charge.  The first such youth counseling center was established in Vienna and the program then spread to six other cities.  The program paid special attention to students at the time when they received their report cards.  In 1931, for the first time in many years, not a single Viennese student committed suicide.  Later, from 1933 to 1937, Frankl completed his residency in neurology and psychiatry at the Steinhof Psychiatric Hospital in Vienna.  There, he was responsible for the women’s suicide pavilion where he treated about 3,000 female patients each year that had suicidal tendencies.

Current research findings of relevance to logotherapy and existential analysis provide support for the assertion that an inverse correlation exists between measures of reasons for living, or purpose in life, and suicidality.  References that most clearly support this finding are given below.  The “B&G” number refers to the abstract number as published in:

B&G #432
Ellis, Jon B. and Smith, Peggy C. (1991). Spiritual well-being, social desirability and reasons for living: Is there a connection? International Journal of Social Psychiatry, 37, 57-63.
Demonstrates a strong relationship between reasons for not considering suicide and existential beliefs.

B&G #436
Harlow, Lisa L., Newcomb, Michael D., and Bentler, P.M. (1986). Depression, self-derogation, substance use, and suicide ideation: Lack of purpose in life as a meditational factor. Journal of Clinical Psychology, 42, 5-21.
Supports a theoretical model that depression and self-derogation among adolescents may lead to lack of purpose in life that then may lead to suicide and substance use.

B&G #438
Heisel, Marnin J. and Flett, Gordon L. (2004). Purpose in Life, satisfaction with life, and suicide ideation in a clinical sample. Journal of Psychopathology and Behavioral Assessment, 26, 127-135.
Demonstrates the potential value of attending to both resilience and pathology when building predictive models of suicide ideation and demonstrates the value of attending to key existential themes during assessment and treatment of suicidal individuals.

B&G #451
Miller, Jill S., Segal, Daniel L., and Coolidge, Frederick, L. (2002). Rural-urban differences in reasons for living. Australian and New Zealand Journal of Psychiatry, 36, 688-692.
Rural residents reported having significantly more to live for than their urban counterparts. This contrasts with the increase in the rural suicide rate noted in Australia, highlighting the need for a greater understanding of suicidal behavior.

B&G #453
Neyra, Carmen J., Range, Lillian M., and Goggin, William C. (1990). Reasons for living following success and failure in suicidal and non-suicidal college students. Journal of Applied Social Psychology, 20, 861-868.
Non-suicidal students were shown to have significantly higher scores on a measure of reasons for living than their suicidal peers.

B&G #462
Range, Lillian M., Hall, Derek, L., and Meyers. (1993). Factor structure of adolescents’ scores on the Reasons for Living Inventory. Death Studies, 17, 257-266.
Suggests that a low score on this measure should be taken as particularly troublesome.

B&G #463
Range, Lillian M. and Penton, Susan R. (1994). Hope, hopelessness, and suicidality in college students. Psychological Reports, 75, Spec Issue 456-458.
Supports the validity of a measure of hope compared against a measure of reasons for living.

B&G #465
Rich, Alexander R. and Bonner, Ronald L. (1987). Concurrent validity of a stress-vulnerability model of suicidal ideation and behavior: A follow-up study. Suicide and Life-Threatening Behavior, 17, 265-270.
Multiple regression analysis indicated that 30% of the variation in suicide ideation scores could be accounted for by a linear combination of negative life stress, depression, loneliness, and few reasons for living.

B&G #469
Strosahl, Kirk, Chiles, John A., and Linehan, Marsha. (1992). Prediction of suicide intent in hospitalized parasuicides: Reasons for living, hopelessness, and depression. Comprehensive Psychiatry, 33, 366-373.
A measure of survival and coping beliefs emerged as the single most important predictor of suicide intent.

B&G #522
Cole, David A. (1989). Validation of the Reasons for Living Inventory in general and delinquent adolescent samples. Journal of Abnormal Child Psychology, 17, 13-27.
Evidence of construct validity emerged in that the subscales of this measure related to suicidal thoughts and behaviors over and above depression and hopelessness.
Posted by Marshall H. Lewis at 4:01 PM 1 comment:


On page 36 of The Unconditional Man, we find Frankl making a reference to the Genesis story and offering a brief interpretation through the lens of logotherapy.  While I cannot say so with certainty, this is the first reference I recall seeing where Frankl performs an actual biblical hermeneutic.  However brief, the doing of it by Frankl himself offers some insight into how a logotherapy hermeneutic may yet develop in the future.

An approximate translation of the passage by Frankl is:


In the Book of Genesis, it says that man was created on the sixth day and on the seventh day God put his hands into his lap; so, whatever he is going to make of himself has been up to man ever since!  What about God?  God is waiting; he is looking like a spectator on how man is actually, creatively, actualizing the possibilities of his being.  God is still waiting, still at rest; it is still Sabbath, a permanent Sabbath.

Here, Frankl interprets the resting of God on the seventh day as a window of opportunity for humanity to exercise its freedom and responsibility.  The inaction of God implies the necessary action of humanity.  In other words, the actualization of human values defines the ongoing work of creation itself, the flowering, if you will, of what God has planted.  Said another way, the resting of God corresponds to what Frankl elsewhere calls the "gap between stimulus and response."  The stimulus and response may be seen as the prior work of creation, but the Sabbath rest after that work allows freedom and responsibility in humanity so that it need not be conditioned by that prior creation.

(For those readers familiar with the application of a logotherapy hermeneutic to the Book of Job, it also corresponds to the ellipses in Job 42:5-6).

Frankl creatively uses the biblical story to highlight a point about logotherapy's view of the human person, while at the same time allowing the story to retain its own propositions.  The fit is comfortable and provides a new slant on both logotherapy and the Genesis story.

Posted by Marshall H. Lewis at 9:59 AM No comments:

From Turmoil to Transcendence: The Book of Job and the Will to Wisdom

On June 21, 2013 I had the privilege of presenting a portion of my doctoral research at World Congress XIX on Viktor Frankl's Logotherapy in Dallas, Texas.  The audio portion of that lecture is available below.  Please note that the full video of the lecture was not captured.  What you see is a composite of the video, followed by the remaining audio with images from the presentation handout and still shots inserted.

Please follow this link to view or to download the presentation handout.
Posted by Marshall H. Lewis at 8:36 PM No comments: 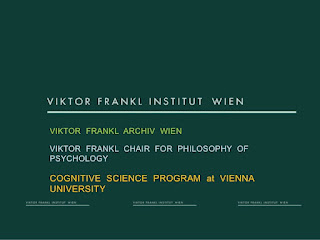 Dr. Alexander Batthyány has kindly given permission to share the PowerPoint from his recent keynote address in Dallas entitled The Cognitive Neurosciences and Logotherapy: New Experimental Findings and Their Implications.

In the coming days, I plan to combine this PowerPoint with the audio from the keynote to recreate the address.
Posted by Marshall H. Lewis at 12:04 AM No comments:

Shrink Rap Radio
All the psychology you need to know and just enough to make you dangerous.
Listen to Dr. Dave interview me about Viktor Frankl, Logotherapy and Positive Psychology on Shrink Rap Radio, the World's Premier Psychology Podcast!
Posted by Marshall H. Lewis at 9:42 PM No comments: